A Bit Of Background About "The Swamp"

"When you're up to your eyeballs in alligators, there's a tendency to forget that the original objective was to drain the swamp.
Solution - Get rid of the alligators.
Then drain the swamp"
Anon

So we've got to drain the swamp.  How are we gonna do it?

In order to understand how we're gonna try and "drain the swamp", it might help to take a look at how "the swamp" was created.

The Canadian Northern station was built back in 1910 - over 90 years ago right on the edge of town.  No William St, no Quattrocchi's, no Rideau Lumber, no through traffic.  Just a swamp.  From the photo below, you can see what that swamp looked like.  You can even see the bullrushes. 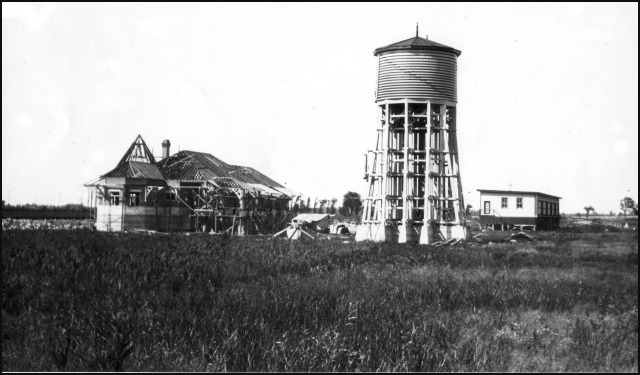 The CNoR brought in loads and loads of fill.  Some of it was blasted rock from the north end of their railway line where it went underneath the Canadian Pacific Railway.  Some of it came from gravel pits south of Delta on the Brockville, Westport & Northwestern Railway which the CNoR had just bought back in 1910.  The photo below gives you a good idea of how much fill was brought in.  Don't you just love how that water is lying in the swamp!? 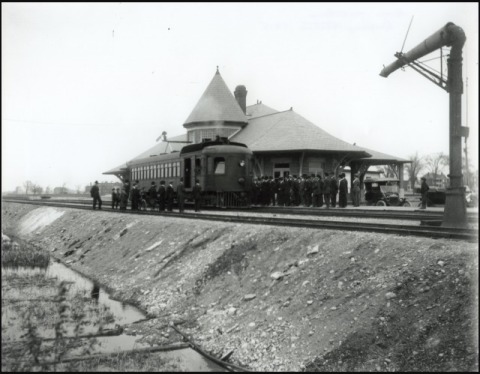 All of this blasted rock and pit-run gravel was very porous.  Water could easily seep through this fill and into the basement of the station. 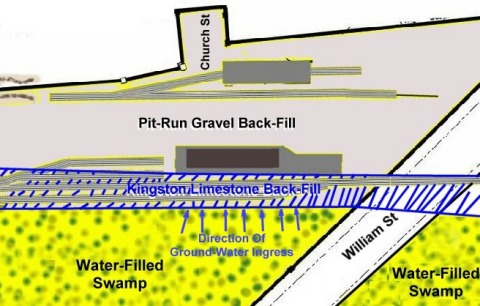 Over the years, this continual dampness in the basement rotted out the floor joists.  Add to this the freezing, and thawing of the water in an unheated basement and you have some interesting results.  As the water froze, the concrete columns supporting the steel beams would be thrust up into the air, destroying the wooden floors. 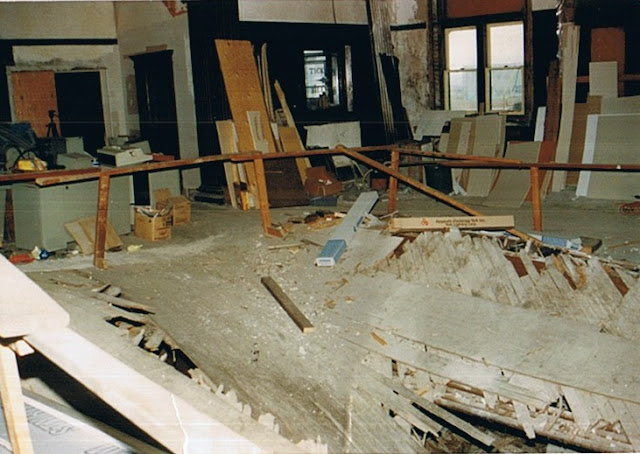 When the Museum took over the station in the early 1980's, the floors had collapsed. 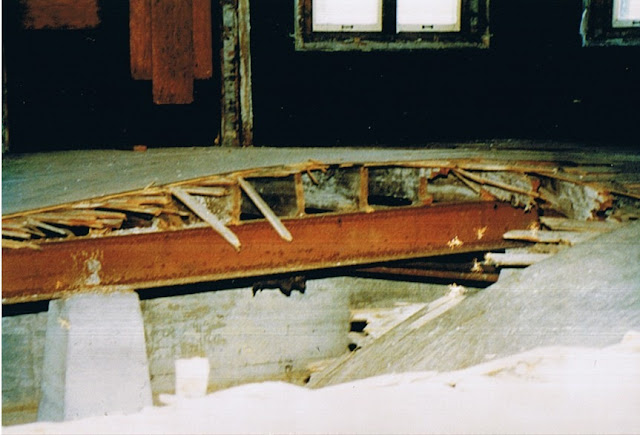 Ultimately the Museum rebuilt the floors in the late 1980s and attempts were made to drain the water out of the basement. 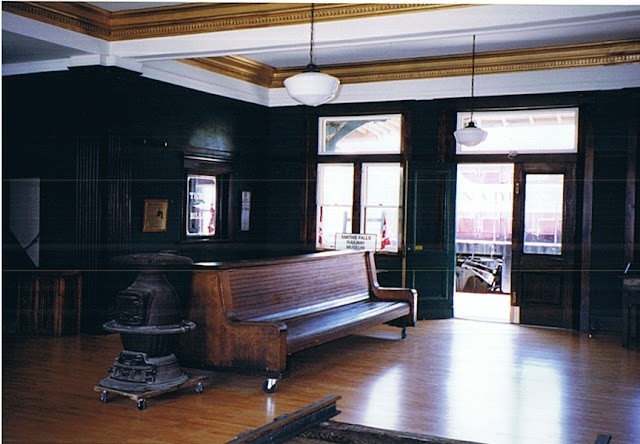 Quite a difference, eh!?

So how did we manage to keep the water out of the basement?

We'll take a look at that in our next post.
Posted by Railway Bob at 5:12 PM